It has been an extremely busy year of FIFA esports, but the FIFA 19 season is approaching its end, culminating with the FIFA eWorld Cup.Two of the tournament favourites are reigning FIFA eWorld Cup champion Mossad “MSdossary” Aldossary and Xbox sixth seed Niklas “NRaseck” Raseck. They represent esports organisation Rogue Esports, which is co-owned by world-renowned DJ Steve Aoki and also has investment from pop-rock band Imagine Dragons.Goal caught up with the duo to find out how confident they are ahead of the tournament and how they feel about having to face each other in the group stages: Article continues below Editors’ Picks Emery out of jail – for now – as brilliant Pepe papers over Arsenal’s cracks What is Manchester United’s ownership situation and how would Kevin Glazer’s sale of shares affect the club? Ox-rated! Dream night in Genk for Liverpool ace after injury nightmare Messi a man for all Champions League seasons – but will this really be Barcelona’s? Both of you finished in the top 10 of the Xbox FIFA Global Series Rankings, how do you feel about how your seasons went overall?MSDossary: My season until now has been pretty good, I didn’t play that many FUT Champions Cups, I won two and I was in the Xbox final of another so I think I needed to finish in a good way, especially at the FIFA eWorld Cup.NRaseck: I feel like this season was pretty good, but last season was a little bit better. Last year there were only two FUT Champions Cups and I got to the final both times, but this year I only got to one FUT Champions Cup final. So I feel like this has been the second-best season of my career but it was still really good and I’m looking forward to the grand final.Niklas, you’ve been competing in FIFA for quite a few years now and you’re still looking for that first, major trophy. What would finally winning one mean to you?NRaseck: It would mean a lot to me. I’ve been to the grand final three times now, I’ve been close to winning a trophy so many times and never did. It’s the thing that’s missing for me right now and I hope I can do it at the FIFA eWorld Cup.Are you guys feeling confident ahead of the FIFA eWorld Cup?MSDossary: I know I usually win when tournaments are in the UK so that’s given me a lot of confidence, and hopefully I can do it.NRaseck: Of course I’m really confident going into the FIFA eWorld Cup. In the last tournament, the Xbox FIFA Global Series Play-Offs, I went to the semis and showed that I can be there in the top two. I think I played a really good tournament so of course I’m feeling really confident.Are there any players at the eWorld Cup that you’re hoping to face or excited to be matched-up with?MSDossary: I would definitely like to play one of my Rogue team-mates in the final so we could get more for the team. But I’m not scared of anyone, I will just see how things go.NRaseck: For me, a Rogue final would be great but I also want to play F2Tekkz and beat him. One of those two, either playing one of my team-mates in the final or playing Tekkz would be amazing, I need to get revenge for the Play-Offs.Speaking of an all Rogue final, yourselves and your team-mate Goal Machine are all in Group B of the FIFA eWorld Cup. How do you feel about having to face your team-mates so early on in the tournament?MSDossary: Maybe it benefits us, we might be able to help each other like warning them about something we notice with an opponent. Three of us can make it out, if we do that and are still winning then we could play in the final and that’s something we really want and I hope we can do it.NRaseck: I think it can be good because I’m confident all three of us can get out of groups and the good thing is we won’t play each other in the first knockout round. It’s bad we have to play against each other but at the same time I think it can help us go further in the tournament and I’m also confident all three of us can do that. 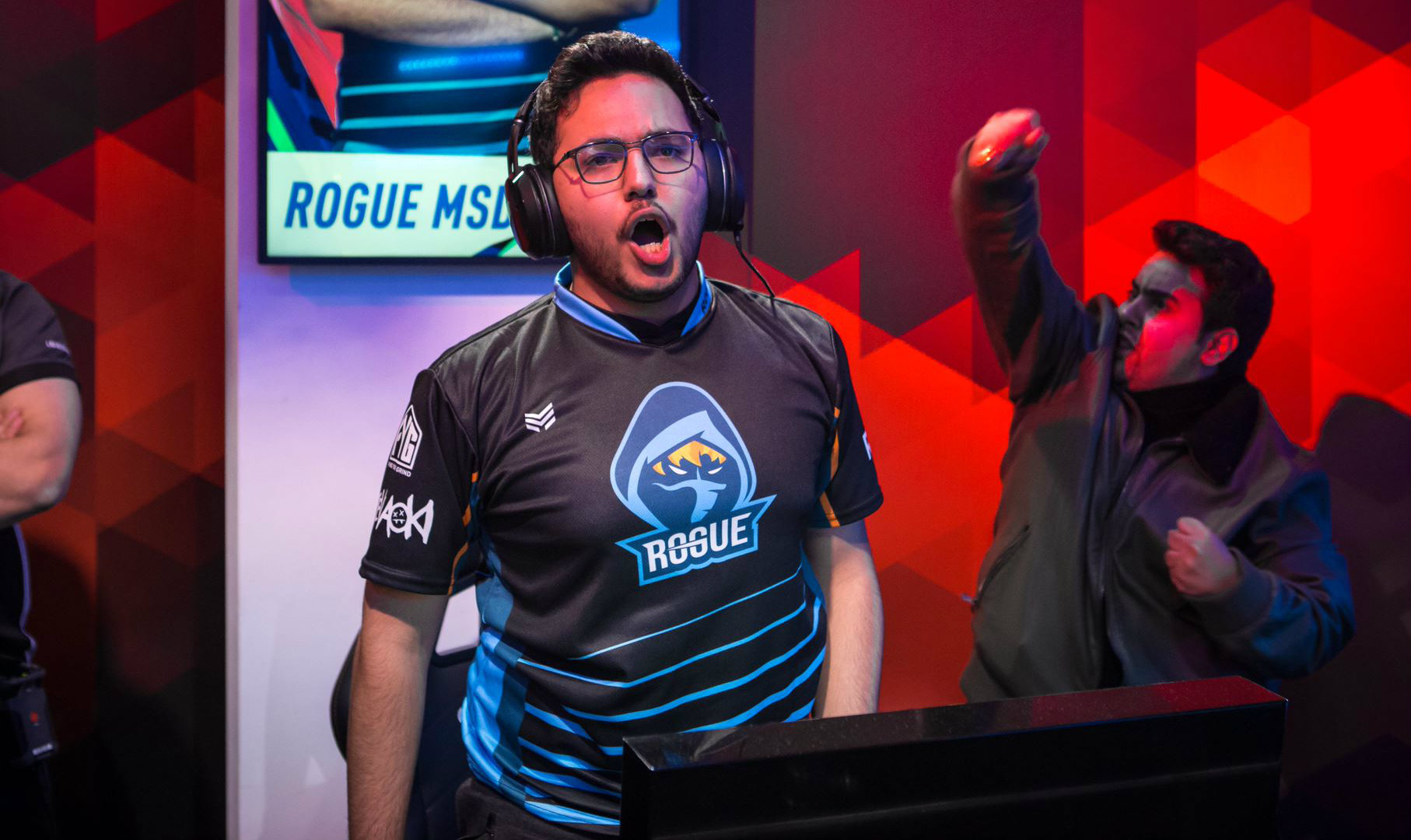 You say you want an all Rogue final but is there a friendly rivalry there? You two faced each other at the Xbox Play-Offs with Niklas coming out on top.Niklas: I almost don’t like to play against my team-mates because I don’t really feel a rivalry. They’re friends so you don’t like to play against them in a knockout match. But in the game you have to forget about that because it’ll distract you from playing your best. The Play-Offs were the first time I faced Mossad this year and I think it was a pretty even game, I just had luck on my side and won it.MSDossary: We’re just trying to help each other, we think Rogue is the best FIFA organisation right now so we just want to benefit them.All of your hard work this year now comes down to the final tournament of the year. How are you guys preparing for the FIFA eWorld Cup?MSDossary: I’m not really doing anything special, I try to analyse my opponents and try some new tactics just to make sure I reach the top level.NRaseck: It’s kind of the same for me, I’ll play a few games to keep my level and then I’ll try to analyse the game and see what I’m doing wrong. I know there’s still a lot of things that I can do better so I’ll try to improve on that so I can reach my top level.And finally, it’s been a very busy year. You’re both very experienced FIFA players but this has probably been the biggest season of competitive FIFA yet, what do you guys think of the FIFA 19 format with the rankings and having a lot more tournaments than in previous years?MSDossary: It’s always good to see this many tournaments, especially as a player as it helps you get more teams and organisations in the scene. It’s a busy year and it’s hard for players as every one or two weeks you’re going out to other countries for events but that’s how things should be. I’ve enjoyed this year and I hope I can finish it in a good way.NRaseck: I think competitive FIFA has made a really good step this year. This season has been all about finding the top 60 players per-console whereas last year qualifying for the FIFA eWorld Cup all came down to one tournament. It’s good to have a lot of tournaments, that’s what it should be like. It’s more stressful of course but I really like it.